Watch out for bosses who are wannabe dictators! Of course, if you already have a dictator boss, this warning comes too late to help you avoid that trap. On the other hand, you might work out a solution that enables you to escape from it. That’s better than suffering the misery of such a situation. the indignity of being at the beck-and-call of a tyrant. Rarely will you have zero choice to avoid or escape, but you might have to dig to find an “out.”

A Dictator Boss is Not a True Leader 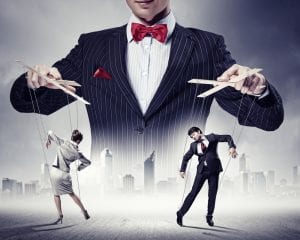 William Arthur Ward, a well-known writer of inspirational maxims, once said: “Leadership is based on inspiration, not domination; on cooperation, not intimidation.”

This fundamental concept merits thought and support. Your boss might not count as a dictator like Hitler or Putin, but  he/she could still make your professional life miserable. And that kind of misery can spill over into your personal life.

People sometimes ask, “What is dictator leadership:?” However, in my book (and many other people’s), acting as a dictator is not being a real leader. It involves ruling with complete power–no room for you to provide input or share your ideas.

I recently read an article titled “Is Your Boss a Dictator?” It includes handy tips for spotting traits that confirm the type of boss you’re dealing with and how to respond.

“Modern dictatorial bosses might not be as easy to spot as they were back in the 70s….Modern workplace dictators have developed ways to control in a more stealth-like manner, so as not to alert the suspicions of HR departments – making them even more formidable.”

The article also bluntly states what’s at the core of the behavior: “The common ingredient that binds all dictators is power. They use their position to control their subjects through the things that they need, want or fear.”

Some bosses adopt a clear mode of operation–squash any signs of opposition or independent thinking at the outset. Others might be more subtle about their approach.

How to Avoid Getting a Dictator Boss

As the old saying goes, “An ounce of prevention is worth a pound of cure.” You avoid many unpleasant situations if you pick up on warning signs in advance and take precautions. For example, if you go to an interview with a potential new boss, note as many details as you can. Watch and listen to how he/she acts, speaks, and generally behaves. That doesn’t apply only to what is directed toward you. How does the boss treat current employees of the company and how do they act around him/her? 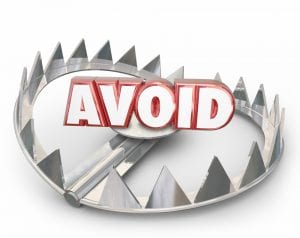 Both the interviewer and the interviewee are likely to be on their best behavior at that point. On the other hand, some clues might slip through the polished facade. Watch for them. What’s more, when you pick up on some of them, merge those clues with your instinct for self-preservation! In other words, don’t willingly stick your head into a noose–or a bear trap!

Can You Escape from a Dictator Boss?

How do you deal with a dictator boss? First, do you need to keep your current job for a while? If so, look for creative workarounds to minimize your interactions with your boss and document each one. Furthermore, try to enlist the support of others without being obvious about what you’re doing or why. It becomes a delicate balancing act at times. 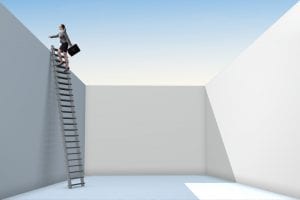 Although escape might be difficult, it’s often possible. If you can remove yourself from the situation without extreme sacrifice, do it! Create and execute an action plan to exit as quickly and smoothly as you can. In many cases, that means launching a stealth job search to capture a new job elsewhere. Normally, you want to do that before you hand in your notice to your tyrant-boss. However, be prepared for him/her to erupt and show you the door without delay!

One of my old bosses (NOT a dictator!) used to say that “life is too short to…” He meant that we shouldn’t put up with a bad situation without taking reasonable steps to improve or reject it. You can, and I believe should, take action to build a better, more satisfying future beyond your present employment situation. A dictator boss doesn’t belong in that future!

Find and Promote Your Hidden Talents

YES, I want to learn — and use — the “Find and Promote Your Hidden Talents.”

I haven’t kept you up to speed as I wanted to make sure I had completed negotiations and secured the job. Yesterday they were completed, and I now have an excellent leadership position in a large development company.

Your work really helped me define myself. I really appreciate your insight and guidance. I’d be happy to give a recommendation to anyone you sent my way.

I got a great job as a Senior Quality Engineer in just a few weeks–thanks to the wonderful resume you helped me with!